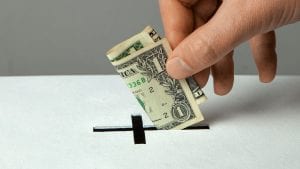 A Montana Supreme Court decision upholding church-state separation and rejecting the use of a state tax credit program to pay for religious school education is now under threat in a case before the U.S. Supreme Court.

The question before the high court is whether Montana must fund religious schools when a state benefit flows to secular schools. The case threatens the state’s “No Aid” provision that bars public funds from being used for religious purposes either directly or indirectly, and it could upend the efforts of any state to keep religious institutions from receiving public dollars.

The Center for Inquiry has joined with its allies at the Freedom From Religion Foundation and other freethought organizations to urge the Court to reject this unconstitutional attempt to wring money out of state coffers for the benefit of private sectarian schools. In 2015, the Montana state legislature passed a measure granting dollar-for-dollar tax credits to donors to programs which would then be used to fund private education, including religious schools. This backdoor approach to funding religious education was shuttered by the Montana Department of Revenue. It instituted a rule preventing religious schools from receiving the funds.

In a lawsuit brought by the parents of a child in a private religious school, the state supreme court ended the program entirely, citing the state constitution’s “No Aid” provision. Plaintiffs then appealed the case (Espinoza v. Montana Department of Revenue) to the Supreme Court of the United States. They claim their federal constitutional rights to religious freedom are violated when the flow of public money stops at the door of a church, synagogue, or mosque or the schools they sponsor.

If this posture is adopted by the Court, it will undermine state efforts to keep taxpayers from being compelled to fund religious organizations or support religious ideas they reject.

“Montana’s state constitution is crystal clear on the question of using taxpayer dollars to fund religious schools. You can’t. You just can’t,” said Nick Little, Vice President and General Counsel for the Center for Inquiry. “That’s why it was a straightforward decision for the Montana Supreme Court to scrap the program, and why it’s so ridiculous that the Supreme Court of the United States is now being asked to reanimate what is a legislative corpse best left to rest in peace.”

“Religious liberty is imperiled in this case,” the coalition states in its brief to the Court. “But this case is not about discrimination; it is about government-compelled support of religion. The right to be free from that compulsion is religious liberty. That right is the progenitor of every other facet of religious freedom. That right is possessed by every Montana citizen and taxpayer, not just a few Christian parents.”

“This ought to be an open-and-shut case, because obviously religious schools have no business dipping into public funds,” said Little. “And no one can seriously argue that a program that no longer exists must be resurrected for the sole purpose of sending Montanans’ tax dollars to sectarian schools. And yet here we are.”

“We sincerely hope the Court displays at least an elementary grasp of the Establishment Clause and the secular character of the Constitution,” said Little, “but these are strange times, to say the least.”

This site uses Akismet to reduce spam. Learn how your comment data is processed.

RECEIVE EMAILS FROM US

xpost Carrollwood: Do You Have Any Unconventional Beliefs?